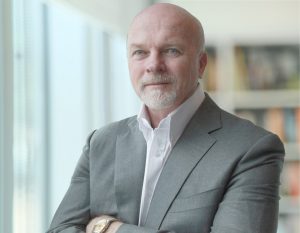 Michael (Mike) Murphy is CTO for Nokia, North and South America. He is responsible for aligning Nokia’s product roadmap with the needs of customers in the United States, Canada and Latin America.

Mike was formerly head of R&D for Nortel. He began his tenure with Nokia in 2006 as Japan country manager, assumed the role of CTO for Asia Pacific in 2007, then moved to the US in 2013.

Mike has a master’s degree in mathematics from the University of Waterloo, in Canada, has a Black Belt in Tae Kwon Do, and is a semi-professional photographer. He lived in 8 countries to date, is fluent in English, French, and basic Thai. He is based in Irving, Texas.